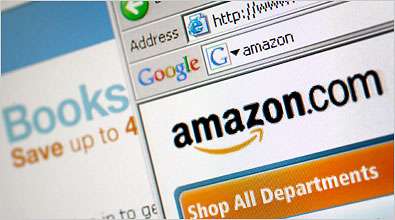 Amazon.com is certainly willing to put its money where its principles are.

More than nine months before a proposed June 2012 referendum asking that California’s new Internet sales tax law be overturned, Amazon, the Seattle-based online retailer, has already spent $5.25 million, state records show, more than any company has spent in California this far from a vote in at least a decade.

“The initiative and referendum process have been hijacked,” said Loni Hancock, a state senator from Berkeley, who wrote the law Amazon is trying to overturn and who is now pushing legislation that could block Amazon’s referendum effort.

Even by California’s expensive campaign standards, the company’s early contributions are causing observers to take note.

For example, the company’s $5.25 million investment dwarfs the $1.5 million that Pacific Gas and Electric spent nine months ahead of the vote on Proposition 16, a June 2010 initiative that would have made it more difficult for local governments to get into the electricity business.

P.G.& E. ultimately spent $46 million on that campaign. Political observers say that by spending more, earlier, Amazon is showing potential opponents that its ultimate campaign spending could soar even higher.

“These types of sums can send a very strong discouraging signal to potential opponents,” said Dan Schnur, a veteran Republican political strategist who is now director of the Jesse M. Unruh Institute of Politics at the University of Southern California.

While Wal-Mart and other deep-pocketed retailers have lined up in favor of the tax law, they may decide to forgo financing the opposition to Amazon’s referendum if they feel it faces long odds, Mr. Schnur said.

Early polling has suggested that a vote would be close. A Los Angeles Times-University of Southern California poll released last month found 46 percent of voters favoring an online sales tax, with 49 percent opposed.

Ned Wigglesworth, a political consultant coordinating the Amazon-financed More Jobs Not Taxes campaign, said he did not see “any significance” in the company’s historic giving and dismissed the notion that Wal-Mart could be scared away by $5 million in campaign contributions.

Neither Amazon nor Wal-Mart representatives responded to calls and e-mails seeking comment.

Meanwhile, in Sacramento, Ms. Hancock has begun a quixotic quest to keep California voters from weighing in on whether online retailers should be required to collect sales tax. On Thursday, she pushed a new bill through a legislative committee that election law experts said could prevent Amazon from putting a referendum on tax collection before the voters.

I understand there will be a vote on Tuesday in the California Assembly on this new legislation and the lobbying this weekend has been intense on “SQUISHY” Republicans who will be needed to push this forward (two thirs vote required).

Now, Wal-Mart spends a lot on campaign donations to California Legislators and, of course, has a physical presence in the state. They will try to leverage their political muscle to derail Amazon.com and recapture some of their California market.

Nothing personal – it is just business.

Plus, the Democrats who love to bash Wal-Mart about the fact they are not a union shop, perhaps have agreed to lighten up on the mega-store, if they help against Amazon.com.

Oh the POLS, they will tax anything, anywhere and anyway they can.

When I am able to identify the “SQUISHY” Republicans, I will post up their names/contact information and I will be sure that they hear about the issue from California VOTERS.

Best not to try….