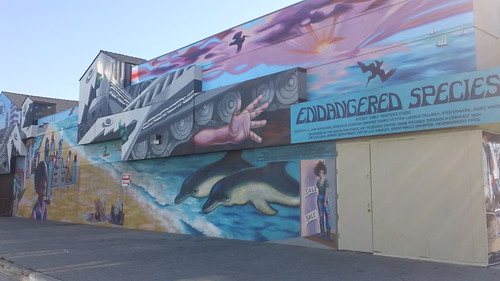 Gov. Jerry Brown delivered what passes for good news today: the automatic budget cuts built into this year’s budget as a hedge against a revenue shortfall will not be as bad as many feared.

Brown said a recent surge in revenues helped trim the shortfall, and the automatic cuts that would be triggered by that shortfall. The big news: kindergarten-through-12th grade education was spared an anticipated $1 billion cut that would have almost certainly meant a reduction of at least a week at the end of the current school year.

But higher education, local prosecutors’ offices, Medi-Cal and services for the disabled will all be cut. And this probably won’t be the end of it.

Shock and dismay in the Burbank newsroom of Channel 4, apparently, over News Director Vicky Burns deciding to let reporter and sometime-anchor Jennifer Bjorklund go. “Everybody very sad,” a colleague says. “She is the most likeable and popular person in the newsroom.

I am so done with KNBC.

Dan Walters: California voters side with Jerry Brown on pensions

Jerry Brown made a rare gubernatorial appearance this month before a joint legislative committee that was delving – with obvious reluctance – into whether California’s public employee pension benefits should be overhauled.

While seeking his second stint as governor last year, Brown had pledged pension reform and has since offered a 12-point overhaul that attempts to strike a middle ground between the defenders of the status quo and the radical changes outside groups want.

Gov. Jerry Brown announced today that California will impose $980 million in mid-year trigger cuts to a variety of public programs. That comes after Brown’s Department of Finance determined the state will fall $2.2 billion short of its optimistic summer revenue forecast.

For a more detailed explanation of how some cuts will be felt, check out our Monday story.