From the Antelope Valley Press today

The entire article is behind a registration wall, but I was sent a copy of the post. The key graphs are: 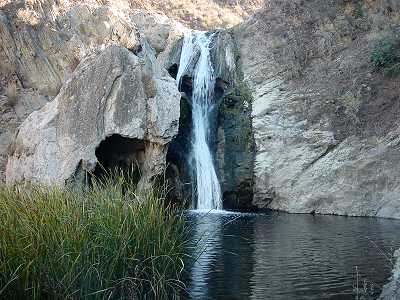 After Supervisor Steve Bennett’s dramatic decision Saturday night to end his campaign for the House, county Democrats left the state party convention Sunday wondering whether one of the three remaining announced candidates will emerge as a clear frontrunner or whether a new candidate will step in to try to fill that role.

Assemblywoman Julia Brownley, D-Santa Monica, whose district includes much of Oxnard and Port Hueneme, said she “will be taking a very serious look” at entering the race, and former Ventura Mayor Richard Francis also is reconsidering a potential candidacy.

“It’s fluid,” said Democratic strategist Garry South, who is advising the campaign of Westlake Village businessman David Cruz Thayne. “Bennett was clearly the heavyweight in the race — at least the best-known candidate. And now it’s very late to be jumping into a race for Congress.”

California Democrats take shots at Republicans – and each other

For California Democrats attending the state party’s annual convention here over the weekend, the mission for 2012 was clear: deliver victory to President Barack Obama and win enough congressional seats to give the speaker’s gavel back to Democratic leader Nancy Pelosi.

“We cannot afford to sit on the sidelines,” state Attorney General Kamala Harris said during a Saturday address to delegates. “We need to do whatever is necessary, day and night, night and day, to return President Barack Obama to the White House.”

While California is considered safely in Obama’s column this year, party leaders and elected officials roused delegates with talk of the 2012 “battleground” election here in the Golden State, touting opportunities to pick up newly drawn and GOP-held districts to help House Democrats get the 25 seats they need to reclaim the majority.

“This is the most important election that we have to deal with,” Pelosi told delegates Friday. “We have to swing for the fences.”

But in an election year when new districts and legislative turnover are producing fierce primary contests, some of the sharpest shots were fired at rivals in the same room.

“Don’t let the super PACs control this race,” Rep. Brad Sherman said of campaign committees formed in support of fellow Democratic Rep. Howard Berman Saturday, echoing the line of attack Pelosi used against Republicans for much of the weekend.

The fight between the Berman and Sherman camps was the battle royale of the weekend, culminating with the two exchanging verbal blows in front of a crowd of several hundred delegates assigned to the district gathered to make a recommendation.

“By the way,” Berman shot back during the meeting. “Do you find it slightly pathetic that a guy who represents twice as much of the (newly drawn) district, started with $2 million more in cash on hand, finds it necessary this early in the campaign to spend all his time attacking and distorting his opponent’s record? Maybe a little insecurity here?”

Sherman came out ahead, but failed to hit the 60 percent threshold needed to be eligible for the endorsement. While talk of a challenge was rampant Saturday evening – Sherman declared he had a handwriting expert on hand in case the integrity of some ballots was in question – no endorsement was made in the race.

Top officials at the Los Angeles Memorial Coliseum have shown a knack for banking healthy chunks of unused sick leave on the public payroll — in one case, about 35 years’ worth.

Interim General Manager John Sandbrook, a retired University of California administrator, used the sick leave allotment for most of his university career to boost his annual pension by $655 a month for life, to nearly $183,000, UC figures show. The increase represents 418 days — the quota for all but two of his roughly 37 years within the system, which allows 12 sick days a year.

Sandbrook, 62, was hired by the Coliseum Commission to help stop spending abuses at the scandal-shadowed stadium, which is operated jointly by the city, county and state. The man he replaced last year, Patrick Lynch, left with more than nine years of accrued sick time, adding $1,630 annually to his retirement benefits, according to city and state records.

The practice is allowed under state rules but “smacks of pension spiking,” said David Kline, vice president of the California Taxpayers Assn. “I guarantee you will never find a private company that will allow any employee to accrue more than 30 years of unused sick time.”

California lawmaker to seek reelection after year in Afghanistan

Assemblyman Jeff Gorell of Camarillo needn’t worry about those contesting his reelection challenging any of his votes during the last year. That is because he has spent the time out of the country, serving on active duty in Afghanistan.

Gorell, a Naval Reservist, took office in December 2010 and left three months later for a one-year tour of duty as an intelligence officer overseas. He does not return until March 18, so on Friday his wife, Laura, stood in for him and announced her husband’s plans to seek reelection this year.

“Jeff is very excited to be coming home in March to resume representing his constituents in the state Assembly,” Laura Gorell said in a statement. 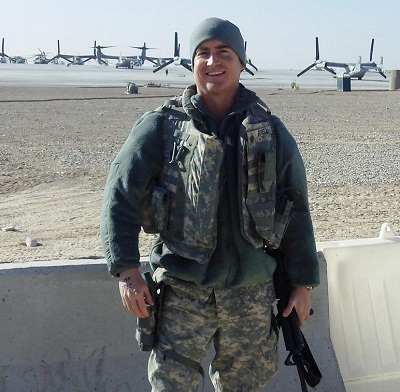 The Los Angeles Times has the details.

Four years after Countrywide Financial became a symbol of the mortgage meltdown, the company and its questionable dealings have become a potent political issue in the Santa Clarita congressional district held by Republican Howard “Buck” McKeon.

McKeon received a $315,000 mortgage refinance in 1998 as his family-owned business, Howard & Phil’s Western Wear, was going through a Chapter 11 bankruptcy, according to documents reviewed by The Times. McKeon was no longer involved in the daily operation of the business after his 1992 election to Congress, but he had retained a stake in it. He saw his income plummet in the years before refinancing his Stevenson Ranch home, financial disclosures and bankruptcy filings show.

In spite of that, McKeon received a favorable rate and wasn’t required to produce documentation proving he could repay the mortgage — terms ordered by Mozilo himself, according to documents subpoenaed for a House inquiry.

So, what did McKeon do? Did he and his wife, Patricia receive favorable treatment because he was a Member of Congress?

Did he receive a mortgage after fling for a bankruptcy and not be required to supply needed documents on order to qualify?

One email written by a Countrywide staffer included this instruction on McKeon’s loan: “Per Angelo — take off 1 point, no garbage fees, approve the loan and make it a no doc.” Another notation recorded by a Countrywide employee said McKeon seemed “edgy” and “wants to close ASAP,” according to documents obtained by Issa.

McKeon’s office said McKeon had never met or spoken to Mozilo and was “shocked and angry to hear this, as he had no knowledge of the Friends of Angelo designation.” In an interview in his Capitol Hill office last month, McKeon said he had paid the “garbage fees” and did not get a point off on the loan.

Some mortgage experts who reviewed loan documents provided to The Times by McKeon’s office disputed that. (None of the reviewers were told who the borrower was.)

In any case, McKeon is in a “safe” Republican district and his only real opponent was Rep. Elton Gallegly who was redistricted into McKeon’s Congressional District. Gallegly has already announced his retirement.

This scandal of sorts will probably have more of an effect on Patricia McKeon’s Assembly campaign since she benefited from the same mortgages.

The McKeons bought the Stevenson Ranch property, a foreclosed home, in August 1997 for $261,000, putting down 10% and getting a loan of $234,900, property records show. In January 1998, they took out a home equity loan of $31,500 through Valencia National Bank, where McKeon had previously sat on the board.

That October, Countrywide approved the $315,000 refinance loan. The loan paid off McKeon’s original mortgage loan and the home equity loan and gave him $46,894 in cash.

Five months later, the couple took out another home equity loan through Valencia, in the amount of $30,000.

Stay tuned as more details of the flap emerge.