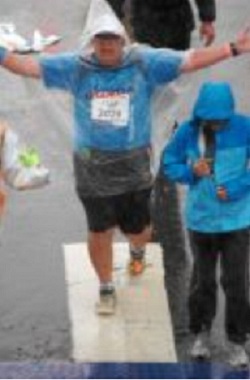 Please support me in my seventh Los Angeles Marathon. It looks like rain again, too.

Check out this video from ASICS, a Los Angeles Marathon sponsor:

Never run a marathon alone, thanks to the Asics ‘support your marathoner’ program

So, how can you support me at the Los Angeles Marathon?

If you don’t want, to go to the ASICS site, please send me a text or a photo text on Marathon Day, Sunday, March 18 DIRECTLY. You know where to find my mobile number.

The race will begin around 7:30 AM Pacific Daylight Time.

Race Day tracking will be here starting on the 13th and you can sign up here.

I have trained for six months and am ready for this race, despite the early weather forecast of rain. But, I need your help to finish.

Thanks again…..
Update: Here is the direct link to my Support Your Marathoner Page:

Michael Reagan is a good guy and RIGHT on most issues, but he cannot help on this doomed initiative.

Michael Reagan, a talk-radio host and son of former President Ronald Reagan, will chair the initiative drive for a part-time Legislature.

Reagan and Assemblywoman Shannon Grove will announce his chairmanship at a news conference today in Los Angeles, according to an e-mail by event organizers to reporters.

The measure would reduce the legislative year from nine months to three, cut lawmakers’ annual pay from $95,000 to $18,000, require legislators to adopt two-year state budgets, and bar officeholders from accepting state employment or appointment to a state post while serving in the Capitol or for five years afterward.

There is no way they will be able to raise enough campaign cash to secure the 807,615 valid voter signatures by July 2 to qualify for a statewide ballot.

California is too big a state to have a part-time legislature and $18,000 per year will mean only the wealthy would serve.

Edward Headington, a San Fernando Valley small business owner, has qualified to appear on the June 5th ballot as a candidate for the State Assembly.  He is running for the seat being vacated by incumbent Cameron Smyth and has issued a challenge to his primary opponents.

“I am excited to take on this task of getting California ‘Heading in the Right Direction,'” said Mr. Headington, a Granada Hills Neighborhood Councilmember and father of a toddler.

“For working families like mine, the partisan bickering has taken an awful toll on our schools, roads, public safety and the economy.  While my opponents are busy pandering to the extreme right wing of their party and taking pledges that will remove them from being relevant in Sacramento, my campaign is focused on problem-solving and creating jobs in the 38th,” Headington added.

“I challenge my opponents to visit every elementary school and police station in the district and explain how they will cut billions of dollars in the budget without impacting these basic services.”

“Having knocked on doors in dozens of neighborhoods-from Castaic to Chatsworth and Saugus to Simi Valley-these past few months, I can tell you that voters are sick of partisan pandering,” said Headington. “Voters want their legislators to focus on job creation and balancing the budget.”

Well, not really – but certainly a way to boost your name identification in this very Republican registration California Assembly district.

A few questions I have for him:

The FlashReport and a few other sites, including middle-of-the-road Rough & Tumble (www.rtumble.com), offer an up-close view of California politics once available only from the mainstream media. Fleischman stands apart, though, because he both covers the establishment and works inside it as a former executive director of the California Republican Party and a consultant to myriad candidates and causes.

“I’m not only Jane Goodall, who’s looking at the monkeys, I actually am one of the monkeys,” Fleischman said in an interview at his Newport Beach office. “The monkeys will talk to another monkey before they will talk to a reporter.”

His insider’s niche enabled the FlashReport to be first on the story when, for instance, a clutch of GOP congressmen recently decided to leave office. It also helped Fleischman sniff out evidence that a Democrat who hoped to run for a Central Valley state Senate seat didn’t live in the district.

The California Chamber of Commerce announced its opposition today to two of Gov. Jerry Brown’s tax rivals but remained silent on the governor’s own plan, tacitly giving his proposal a boost as he tries to thin the field.

The Chamber’s board voted to oppose a tax on millionaires circulated by the California Federation of Teachers, as well as a progressive income tax hike on most earners backed by wealthy attorney Molly Munger. It did not take a vote on Brown’s initiative, according to Chamber president and CEO Allan Zaremberg.

“I can just say we wanted to take up those things we felt were urgent to position on, and we’re opposing these two tax measures along with a couple of other things members asked us to take a leadership role in,” Zaremberg said.

Brown has asked industry groups to at least remain neutral on his plan to raise taxes on sales and high-income earners, and he has tried to portray his plan as unique for its lack of business opposition. But CFT has shown little indication of vacating its measure and donated another $1.15 million toward its signature-gathering drive this month, according to a statement filed today.

Gov. Jerry Brown appealed Monday to chiefs of police for support of his November tax initiative, even as he conceded the ballot likely will be crowded with tax proposals.

Brown noted that his plan is the only one of the three proposals that would dedicate some of the revenue to local law enforcement.

His address to the California Police Chiefs Association came as Brown faces significant hurdles in his bid to persuade voters to approve his measure, which would raise the state sales tax by half a cent for four years and increase the income tax on those making more than $250,000 a year for five years.

The biggest challenge could come from competing proposals that seek similar ends but could confuse voters and end in defeat.

“We’ve got a plan. There will be other plans, but at the end of the day we’ve got to get the choice. And I think people will make the right choice if people who know speak out,” Brown said at an annual awards ceremony for community policing programs.

Bankruptcy not ruled out to solve Fresno’s financial crisis

Fresno Mayor Ashley Swearengin on Monday warned that the city is in “severe financial stress” that demands immediate action and presented a 10-year plan calling for more concessions from city workers.

But the presidents of the city’s two public-safety unions said they sense Swearengin is being overly dramatic for political reasons, and urged the public to get all the facts before choosing sides.

Fresno’s budget season has come early this year, and it’s already turning into a war.

At a morning City Hall news conference where she was joined by City Manager Mark Scott, Swearengin warned that “there is no Plan B” to the cost reductions, and Scott warned that even bankruptcy could not be ruled out if expenses don’t come down.

“It is not in our employees’ best interest for their employer to be so financially unstable,” Swearengin said. “I hope they will see that.”

The plan, which lays out the city’s financial health, projects a skyrocketing long-term deficit if cost-cutting measures are not taken. The deficit would be $15.1 million in 2013 and rise to $65.8 million by 2017. The causes for the red ink include the national economic downturn, unsuccessful city investments and “unaffordable future commitments to labor groups and others.”

Those less-than-stellar investments include Granite Park, the former Fresno Metropolitan Museum and an overly ambitious downtown baseball stadium. Each of them saddled the city with long-term debt.

Proposition 13, the landmark property tax limit voters enacted 34 years ago, has been termed the “third rail” of California politics – to touch it is to commit political suicide.

The measure passed overwhelmingly, and recent statewide polls indicate that it’s still very popular with voters, the vast majority of whom are homeowners who benefit from its provisions.

Jerry Brown, who was governor when Proposition 13 passed, is very aware of its iconic status. He opposed it then, but after its passage, quickly proclaimed himself to be a “born-again tax cutter” and championed a state income tax cut.

He lamented that as the state “stepped in with a bailout” of local governments and schools after Proposition 13’s passage, it became increasingly dependent on income taxes, which tend to rise and fall steeply, contributing to chronic budget deficits.

Brown’s remarks were just a tuneup for a fuller debate over taxes in the Capitol later Monday, keyed to efforts to change Proposition 13’s provisions that would keep its limits on homes, but allow taxes on business property to rise.