Mike Sedell, the City Manager for the City of Simi Valley for the past 17 years has announced his retirement.


Sedell has been city manager for 17 years — longer than any other current city manager in Ventura County. He will retire effective July 6 after spending 40 years in the public sector, including three years as chief of staff for Rep. Elton Gallegly, R-Simi Valley, in the late 1980s.

“Mike and I have worked together for 33 years. He was Simi Valley’s deputy city manager under then-City Manager Lin Koester when I was first elected to the City Council. When I was elected to Congress, he came to Washington, D.C., to be my first chief of staff. After several years in Washington, he returned to Simi Valley as Assistant City Manager, becoming City Manager in 1995.

“Mike has spent a lifetime in public service at the federal and local level. He has steered the city through many difficult times with great success. My wife, Janice, and I wish Mike and his wife, Judie, well in retirement.”

I have known Mike for decades, and I, too, wish him a well-deserved retirement! 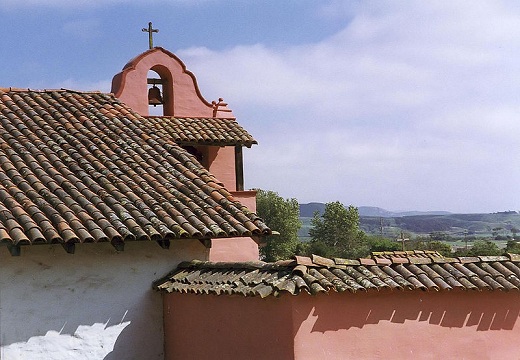 Among the many bills rushed through when lawmakers passed the state budget last year was one protecting teachers if the state had to resort to automatic spending cuts in the middle of the school year.

The bill prohibited school administrators from furloughing teachers unless their union agreed, and banned them from laying off teachers during the fiscal year, making it virtually impossible for districts to save significant amounts of money. Although it had the potential for severe consequences, the bill was made public just one hour before the vote was taken and passed at 11 p.m.

Dead-of-night votes on rushed legislation such as the teacher-protection bill are common during budget season and toward the end of the legislative session, forcing lawmakers to vote on major issues with little or no time to read the substance of the legislation. Many Democrats, who control both houses of the Legislature, defend the practice as a necessary evil, but others say the process needs to be changed.

Several attempts to give the public at least 24 hours to examine bills before lawmakers vote have failed, but a Republican lawmaker is trying again this year.

“A bill to let sunshine in has been kept in the dark since 2007,” said Assemblyman Kevin Jeffries, R-Lake Elsinore, who has proposed similar constitutional amendments twice previously. “Whether you agree or not with the policies that are being voted on, it’s simply good government to have the opportunity for everybody who’s interested to read a bill.”

Lawmakers rushed through several hastily written bills last year. Among these were bills that banned future initiatives from being placed on the June primary ballot, accelerated development plans for an NFL stadium in downtown Los Angeles and protected farmworker unions against election misconduct.

Many Democrats say last-minute legislation is sometimes necessary to address issues that develop after the February deadline for introducing bills and to pass bills they consider important but politically unpopular.

Assemblyman Charles Calderon, D-Whittier, said Republicans are stoking the debate over rushed bills to create a smoke screen about the legislative process when what they really oppose are the Democrats’ policies.

He said Republicans are not thinking of the public in trying to require a 24-hour waiting period. Instead, Calderon said they would only use that time to gin up opposition and punish lawmakers who approve good but politically risky policies.

“A 24-hour reading period often gets used for mischief,” said Calderon, the longest-serving lawmaker in the Capitol. “Democrats are the majority party, and they have the responsibility to vote for things sometimes that are not popular with the public.”

Jeffries’ proposal, ACA1, would require lawmakers to give three-days’ notice before taking up any legislation and make bills public at least 24 hours before voting. A related measure, ACA2, would ban late-night legislative sessions except in cases of natural disaster.

Less than a week after Gov. Jerry Brown started using robotic telephone calls and mailers to gather signatures for his ballot initiative to raise taxes, the Howard Jarvis Taxpayers Association plans to launch its anti-tax campaign today on the conservative “John and Ken” talk radio show.

The taxpayers group this morning posted a red banner on its website inviting viewers to join a “Don’t Sign the Petition” campaign. The banner links to a campaign website opposing Brown’s effort to raise the state sales tax and income taxes on California’s highest earners.

Jon Coupal, president of the Jarvis group, criticized as misleading Brown’s characterization of his tax measure as a tax on millionaires. It includes a proposed sales tax increase and higher income taxes on people who earn at least $250,000 a year.

A congressional committee has launched a wide-ranging examination of the California high-speed rail project, including possible conflicts of interest and how the agency overseeing it plans to spend billions of dollars in federal assistance.

The House Committee on Oversight and Government Reform, chaired by Rep. Darrell Issa (R-Vista), notified the California High-Speed Authority about the review Monday and ordered the agency to preserve its documents and records of past communications.

Committee members say they want to ensure that tax dollars are being spent appropriately and check for possible conflicts of interest involving rail officials and contractors. They also plan to determine whether a large government commitment to the bullet train would siphon federal tax dollars away from other important transportation projects.

“California high-speed rail was sold to voters as a grand vision for tomorrow but in practice appears to be no different than countless other pork-barrel projects — driven more by political interests and consultant spending than valid cost-benefit analysis,” Issa said. “Before more taxpayer money is sent to the rail authority, questions must be answered about mismanagement, conflicts of interest, route selection, ridership and other risks.”

As much as $4 billion in federal funds have either been provided or set aside so far for the 500-mile project, the estimated cost of which has fluctuated between $33 billion and $98.5 billion. The current estimate is $68 billion.

State borrowing from schools is adding up

For the past decade governors and state lawmakers desperate to close deficits have adopted budgets that use a little-noticed accounting gimmick called a “deferral” to borrow money from K-12 schools and pay it back in the next fiscal year.

The problem is the state then immediately taps districts for yet another loan, perpetuating a borrowing cycle that persists today.

It would be easy to conclude that persistent school budget woes, including teacher layoffs and program cuts, could be minimized — if only the state would stop this temporary pilfering.

But districts eventually do see the money months later. And by delaying payments the state avoids making permanent cuts in school funding on top of the ongoing reduction in spending that have hit education in recent years.

Deferrals also give districts the option of going out and borrowing money on their own to avoid deeper reductions locally.

But the state does not reimburse districts for interest or transaction fees, frustrating school officials who then must dip into local budgets to cover those expenses.

This practice is beginning to cost districts dearly. For example, Grossmont Union High School District says it has incurred between $70,000 and $90,000 in interest and fees annually to meet cash obligations.

“School districts are, in fact, bearing the brunt of the state deferrals and are often referred to as the state’s bank,” said Scott Patterson, a deputy superintendent at the district. “That isn’t really accurate though because of one very significant difference: banks get paid interest on their loans, school districts do not.”

Enjoy your morning and this by Dan Walters who discusses raising oil and gas extraction taxes in California: