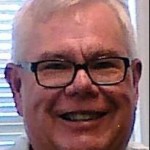 Dilbert by Scott Adams
The economy is tough = anything for the sale…..

Amazon.com has poured another $2.25 million into its effort to overturn a law requiring some online retailers collect sales tax on purchases made by Californians, bringing the company’s total investment in the referendum qualification drive to more than $5 million.

The latest contribution to the committee funding the effort, “More Jobs Not Taxes,” was reported in a campaign filing posted Friday to the Secretary of State’s website.

Referendum proponents have until Sept. 27 to collect the 504,760 valid voter signatures needed to qualify for the next statewide ballot. If they hit that mark, the budget-related bill will be suspended until voters can act on the issue in the June 2012 statewide primary election.

Assembly Republicans get short end of the stick in money, too

To the victor go the spoils, apparently.

Holding a firm majority in the Assembly, Democrats’ cadre of office and committee staff exceeds Republicans’ by a higher percentage than the number of legislative seats that each party controls, records show.

The computer sort was released by the office of Assemblywoman Shannon Grove, R-Bakersfield, from data dated May 31 that is posted by the Assembly on its website for public review.

Spending was more proportional in monthly staffing costs for the Democratic and Republican caucuses, representing employees charged with serving all members of a particular party rather than one lawmaker or committee.

No strike this week by supermarket workers

Now that union members have voted overwhelmingly to authorize a strike, if necessary, a federal mediator is bringing both sides back to the bargaining table next Monday. The three big chains – Ralphs, Vons and Albertsons – have been negotiating with the United Food and Commercial Workers on a new contract since March, with little sign of a breakthrough (health care coverage is a key sticking point). From the Union-Tribune:

“We are pleased to get back to the bargaining table,” said [Mickey Kasparian, president of the Local 135 in San Diego and Imperial counties]. “Certainly, we will move forward to get a deal. But make no mistake about it: We will not have any more delay tactics by management. If we don’t get a deal done in an expedited amount of time, there will be a labor dispute.”

In opening his remarks at Saturday’s 80th birthday event for Hank Lacayo, Rep. Elton Gallegly, R-Simi Valley, looked out upon the room and noted that it was obvious this was not “a Republican convention.”

Indeed, it was a fairly Democratic crowd, and Gallegly deserves credit for showing the grace to not only attend but also sit at the head table, along with his wife, Janice, for the entire, three-hour affair.

But it did make for some fairly unusual political pairings.

For instance, sitting about 20 feet from Gallegly, one of the state’s most outspoken proponents of tough policies on illegal immigration, was Assemblyman Gil Cedillo, D-Los Angeles, the author of California Dream Act legislation and the man who wrote the short-lived state law giving illegal immigrants the ability to obtain driver’s licenses. There may be no two elected officials in all of California who are further apart on the question of how to deal with illegal immigrants.

Also in the room — and one of the speakers — was Anita Perez Ferguson, the Santa Barbara native who went on to become president of the National Women’s Political Caucus. Gallegly knows her better as the Democrat who ran a tough campaign against him in 1992. Perez Ferguson told me that she and Gallegly exchanged brief, cordial remarks. 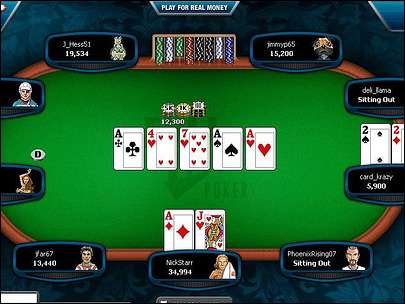 Not really a shocker.

Senate President Pro Tem Darrell Steinberg said today that he supports legalizing Internet gambling in California but does not want any legislative action on the issue this year, extending the big-money debate for at least another year.

Despite numerous hearings on the matter, Steinberg said in a letter to gambling interests and opponents, “significant, unresolved issues remain.” Disagreements include which games would be made legal and who would be eligible to operate the sites.

“We believe that well thought out, fair solutions to these differences can be reached, but not before the end of this legislative year on September 9th,” says the letter by Steinberg, D-Sacramento, and Sen. Roderick Wright, the Inglewood Democrat who chairs the Senate’s Governmental Organization Committee that oversees gambling regulation.

California’s Indian tribes support online gambling but are split over bills that have so far been introduced. SB 40 by Sen. Lou Correa is sponsored by several card rooms and tribes, including the Morongo and San Manuel bands of Indians. Other tribes oppose the bill, saying it would exclude them from cashing in on the windfall that legal online gambling could bring.

So, this legislation will be “MILKED” by the Legislators for campaign contributions and will be considered next year.

Not a surprise at all.

Here is the letter: 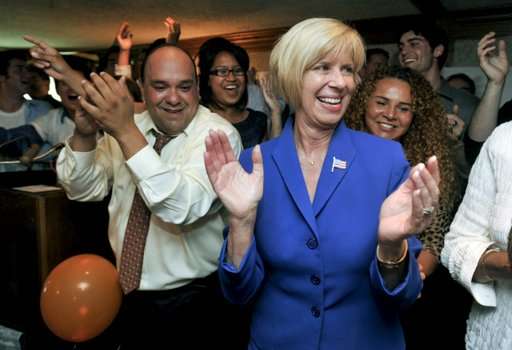 Things are looking up for Rep. Janice Hahn.

The 44th Congressional District doesn’t technically exist yet, but its first election poll does.

Congresswoman Janice Hahn, one of three Democrats who have declared a run for the new San Pedro- Carson-Compton district, on Friday released poll results commissioned by her campaign that showed her as the pick of 47 percent of likely voters in the June 2012 primary.

Hall, an African-American who has been endorsed by the California Legislative Black Caucus, was unknown to 70 percent of the likely voters polled.

Notably, the poll calculated Hahn’s favorability rating among African- American voters at 74 percent to 68 percent for Richardson, who is black.

The mark could be attributed to Hahn being the daughter of the well-loved Kenneth Hahn, who represented much of the inner city area on the Los Angeles County Board of Supervisors for 40 years.

And….. there is NO Craig Huey to run against in 2012, since Huey was apportioned into a neighboring Congressional District (although he could run in CA-44, but it is a very Democratic CD). 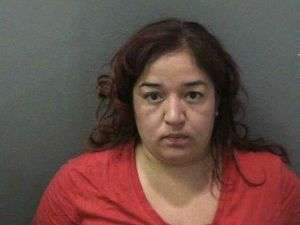