It couldn’t be a simple Dem on Dem fight, now could it?

Many observers expected the fight between Democratic Reps. Howard Berman and Brad Sherman for a newly drawn San Fernando Valley congressional seat would become one of the costliest House races in the nation next year, and it already has generated plenty of attention with handicappers speculating on which of the two will  prevail.

Not so fast, say the two Republicans in the race, novelist Susan Shelley and actor, rancher and businessman Mark Reed.

Shelley believes her moderate views on social issues — she’s pro-choice and supports same-sex marriage — will appeal to those who want an alternative to both incumbents. Reed, who ran against Sherman in 2010, describes himself as “an advocate for constitutional government as specified by our founding fathers.”

Politics-watchers deem it pretty unlikely that a Republican could win in this strongly Democratic district but acknowledge that some big changes — including the recent redrawing of districts and the state’s new “top two” primary system — will add unpredictable wrinkles in 2012.

The November runoff will be between the top two vote getters in the June primary, even if they are from the same party.  Most expect that will be Berman and Sherman, but one of those seasoned congressmen will be locked out of the fall contest if a Republican manages to come in second in June.

A Republican will come in second unless a recent court challenge throws the new Congressional Districts out. The top two system will likely hurt the Democrats much more than the GOP in California.

How ironic since the GOP opposed the anti-party primary system which California voters adopted.

About two-thirds of Californians support the death penalty, according to Field Poll survey results released Thursday.

The level of support — 68% — remains at about the same level as it has for the last few years, but is down from the 1980s and early 1990s, when 80% or more of California voters responding in the poll said they supported the death penalty.

Republicans were far more likely than Democrats to support keeping the death penalty — 81% versus 57%.

Those who identified themselves as liberals were the only subgroup in which more respondents supported doing away with the death penalty than keeping it, with 49% saying it should be abolished and 46% in favor of keeping it.

Although most respondents said they did not want to abolish the death penalty, many saw life in prison as a preferred alternative.

When asked what penalty they personally would prefer for someone convicted of first-degree murder, 48% said life in prison without parole, while 40% opted for death.

That shows a change in views since 2000, when 44% of respondents said they would prefer the death penalty and 37% opted for life in prison.

In California, the state has not executed anyone for over five years and the families of victims of murder continue to await justice. But, the LEFT continues to push the anti-death penalty crap.

But, whether California Jerry Brown allows any executions during his term of office is anyone’s guess.

I would say it won’t happen.

No justice YET for Terri Lynn Winchell.

Terri Lynn Winchell left home on the last night of her life in January 1981 to help a boy she knew hated her.

That’s just the way she was, friends and family said. Good-hearted. A devout believer in turning the other cheek, in giving people a second chance.

But this was a chance she should not have given.

By the end of the evening, the 17-year-old church choir singer and high school beauty lay raped, hammered and stabbed to death, her corpse sprawled between two rows of grapevines.

She had no inkling of it, but she had been caught in the middle of a love triangle gone hideously bad. Her boyfriend, unbeknownst to her, had been involved in a gay relationship with another man — whose jealousy drove him to recruit a street thug who would take Winchell out of the picture. 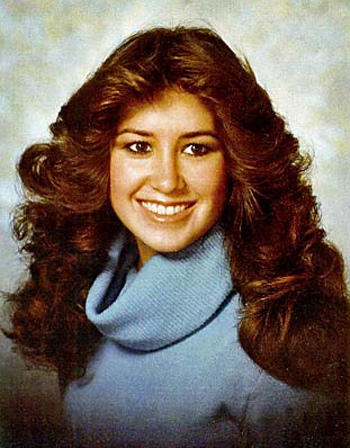 You NEVER know where it has been……

Carly Fiorina to Give Keynote Address at Americans United for Life

Will Carly be making a political comeback?

Carly Fiorina, California’s Republican nominee for U.S. Senate in 2010, will give the keynote address at the 40th anniversary gala of Americans United for Life, an anti-abortion-rights group.

The former Hewlett Packard CEO, 57, of Los Altos Hills, will deliver the speech Nov. 2 at the Newseum in Washington, D.C. Fiorina was named in July as a vice chair of the National Republican Senatorial Committee, charged with fundraising for GOP candidates in the 2012 cycle.

Hard to say at this time and I don’t really know if Carly wants to run for office again.

But, she is pro-life and is happy to support this fine organization.