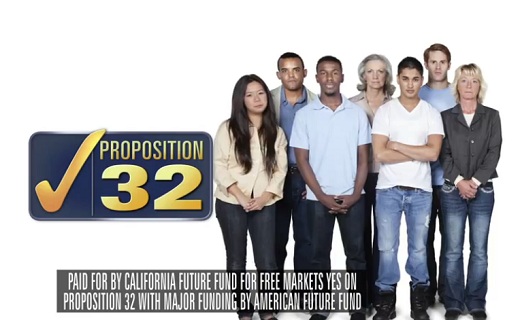 The ad wars have begun on California Proposition 32, the Paycheck Protection initiative.

If approved, Proposition 32 will:

$ millions will be spent at this blatant attack on the funding of public employee unions who derive their political power by withholding dues from their employee’s paychecks.

When these unions want to push their political agenda (mostly to the LEFT), they simply ding their employees for a little more money.

The last few polls I have seen, this measure is passing. But, the unions have yet to begin their media saturation with non-stop television ads.

Here is the ad: