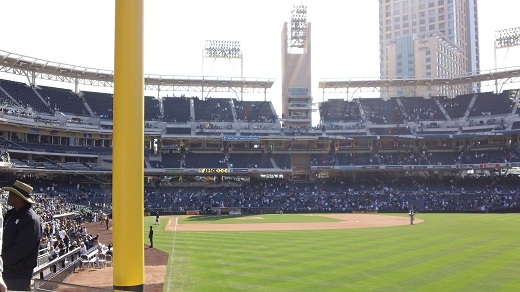 On to the pre-weekend California headlines:

California Democrats will begin sketching out a roadmap to the November election and beyond when they converge thousands strong on the state party convention this weekend in San Diego.

The priorities of the more than 3,000 party activists, delegates, volunteers and elected officials expected here are many: Re-electing President Barack Obama and Sen. Dianne Feinstein, pushing to regain control of the House of Representatives, electing a supermajority in the state Legislature and passing tax increases in the fall.

They also will be keenly focused on a lesser-known ballot measure that would limit the ability of unions to raise political funds from their members.

The “father of term limits” says he isn’t pleased with the way things turned out.

With another proposal to tinker with  Legislature service allowances on the June ballot, The Times caught up recently with former longtime Los Angeles County Supervisor Pete Schabarum. The blunt-spoken Republican won fans and foes when he upended state government with his 1990 ballot measure imposing limits on how long state politicians can stay in office. Several local governments and some other states soon followed suit.

Reached at his home in the desert community of Indian Wells, Schabarum said he had hoped his measure would encourage a new breed of “citizen legislator” who would serve the state for a short period of time and then return to private life, giving others opportunities to bring fresh ideas and new perspectives to government.

Instead, many elected officials who want careers in politics engage in a near-constant rotation among posts.

“The guys and gals who are seeking office are always looking beyond where they land for the next jump,” Schabarum said. “They spend most of their time in office looking for their next job.”

What would he do differently if he’d know then what he knows now?

“I probably  would have provided longer timelines but not made it so they could bounce around from one house [of the Legislature] to another.”

Will he vote for a measure on the June 5 ballot that would shorten a legislator’s allowance from 14 years to 12?

Democrats convene at the Hilton Bayfront in San Diego this weekend for their annual convention and, unlike many party gatherings, there is a lot to watch.

The best part of the weekend is 4:45-6:45 tomorrow evening, when the endorsing caucuses meet. These caucuses are held for districts in which a candidate had more than 50% and less than 70% at the regional conferences held in January.

Generally, candidates need 60% vote in tomorrow’s caucuses to get on the “consent calendar” for state party ratification on Sunday. However, an incumbent only needs 50%+1, which is rubbing some activists wrong

In districts where there are two incumbents (CD30 – Berman/Sherman), a candidate needs 60%.

California’s tax revenues continue to pour into the state’s coffers well below what Gov. Jerry Brown forecast in his budget, a worrisome sign amid indications of an economic upturn.

State Controller John Chiang issued a report Friday showing that tax receipts in January were $528 million lower than the governor assumed in the budget he released a few weeks ago. That budget already assumed a $9 billion deficit.

“January’s revenues were disappointing on almost every front,” Chiang said in a statement.

The good news — or what passes for good news in the land of California budgeting — is that Chiang said the state is no longer in danger of entirely running out of cash next month. The Department of Finance will shift funds around and take out short-term loans to avoid falling as much as $3 billion in the red.

But the continuing lagging tax receipts are another dose of cold water on some who are hoping for an easier budget year.

U.S. District Court Judge Stephen Wilson dismissed the challenge led by former congressman George Radanovich. Republicans, who have been trying to halt new district boundaries that could diminish their political clout, had argued that the commission improperly used race as a factor in creating voting districts.

“Once again the work of the Citizens Redistricting Commission has been affirmed against baseless partisan attacks,” said commission chairwoman Jeanne Raya in a statement. “The federal court has found that the commission’s process complied with the law and was fair and representative.”

Attorneys representing Republicans did not immediately return a request for comment. They have the option to appeal to the U.S. Supreme Court over the federal Voting Rights act.

The decision marks the fifth time the 14-member citizens redistricting commission has been able to fend off a legal challenge.