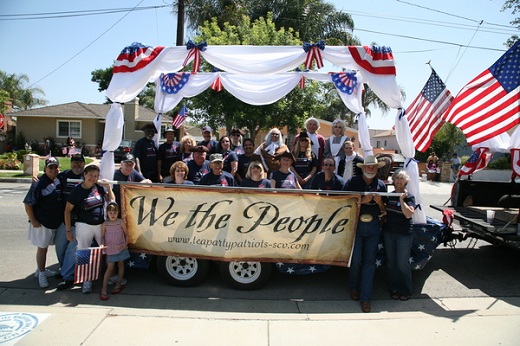 Here is the vote:

The California Legislature is in session. California Assembly and State Senate Floor Sessions will begin at noon.  Today’s schedule is here.

The 2012 Outlook Conference will look at trends affecting business, the economy and politics. Rice is speaking at 1 p.m., while Brown is scheduled to start at 3:35 p.m. sharp. Clinton’s talk is set for 5 p.m. Other speakers include the CEOs of LinkedIn, DuPont, PG&E Corp., and Kaiser Permanente.

The campaign announced late today that it is submitting 241,049 signatures to elections officials in Los Angeles County. Backers hope to submit signatures of 775,000 voters in all. Roughly 504,000 valid signatures are needed to qualify the proposal for the November ballot.

Campaign spokesman Nathan Ballard said supporters are wrapping up signature-gathering efforts this week. He said he is “optimistic” that they will hit that target.

Munger’s measure, which is supported by the California State PTA, would raise income taxes on a sliding scale on all but the poorest California workers for 12 years, with most of the estimated $10 billion in revenues going directly to schools and early development programs. A portion of the money would be used to pay down school bond debt for the first several years.

Supporters of the tax measure backed by Gov. Jerry Brown, which would temporarily hike the sales tax and increase income taxes for Californians making more than $250,000 a year, sought earlier this year to persuade Munger to drop her effort so there would not be more than one tax measure on the same ballot. That campaign has not yet announced turning in petition signatures.

Supporters of Governor Jerry Brown’s tax increase initiative believe they’ve got the signatures needed to qualify for the November ballot, less than seven weeks after hitting the streets.

The initiative to temporarily raise income taxes on the most wealthy and sales taxes on everyone wrapped up its paid signature gathering on Wednesday, according to Democratic political consultant Gale Kaufman, a top advisor to the campaign.

It will likely take several weeks for elections officials to verify all the signatures, collected at a brisk pace following the governor’s eleventh hour compromise with liberal activists who were originally pushing a millionaires tax initiative.

Education activist Molly Munger and her PTA allies began submitting signatures for their temporary, virtually across-the-board income tax increase to help fund K-12 schools. The independently wealthy Munger has bankrolled the entire signature gathering effort — some $7.2 million. And as she said in a March interview, she’s prepared to self-fund the entire 2012 campaign.

Even so, the Munger measure continues to fare poorly in public statewide polls, though its backers remain adamant that it’s the best choice for voters who care about school funding.

SEIU drops initiatives as part of California hospital accord

A labor union that pushed a pair of ballot measures to rein in excessive hospital billing and expand healthcare for the poor has dropped them — in exchange for an agreement that, among other things, enlists the hospital industry in the union’s organizing efforts.

The agreement, announced late Wednesday, ends a months-long public battle between the Service Employees International Union and the California Hospital Assn. Private hospitals had accused the union of using the initiative process as leverage in contract negotiations to expand its membership, a charge the union strongly denied.

Under the new pact, dubbed a Partnership for a Healthy California, the hospital association pledges to facilitate meetings between the SEIU and CEOs of hospitals and health systems employing 100,000 non-union workers. (Those hospitals, the document notes, are not bound to sign organizing agreements.) In turn, the SEIU agreed not to file petition signatures with county election officials and the secretary of state’s office.

On Wednesday, both parties downplayed the organizing component of the deal, instead painting the agreement as the product of an unprecedented partnership dedicated to tackling the most pressing issues in modern healthcare. The SEIU and the hospital assn. vowed to form a labor-management task force to find ways to lower costs, improve quality and expand access.

The End of Illegal Immigration, and its Political Implications

There are two important political ramifications to these numbers.

Enjoy your morning and Dan Walters in his Daily Video: Budget season is here

Something is telling me there has not been adequate disclosure….