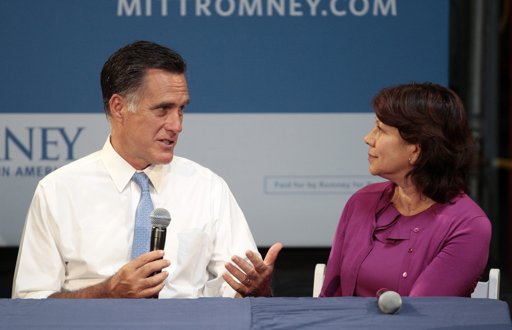 Some investors worry Fresno might be California’s next bankrupt city

The recent bankruptcy filings of three California cities have U.S. investors worried that Fresno could be next to go down this road, according to a major Wall Street financial house.

Vikram Rai, strategist with Citigroup Inc., said bond investors are increasingly asking about the financial health of Fresno out of concern that the city will seek court protection from its debt obligations and that millions of investment dollars will be lost.

Stockton, San Bernardino and Mammoth Lakes have filed for bankruptcy protection this summer.

“Investors worry about contagion,” Rai told the Bee. “Many California cities are in a tough situation.”

Fears about Fresno in the trading world were reported in Citigroup’s investment strategy report, which this month said that “the harsh spotlight (of potential bankruptcy) has shifted to Fresno.”

Continuing to trim expenses amid growing competition and the sluggish economy, San Jose networking giant Cisco Systems (CSCO) said Monday it will lay off about 1,300 employees, a year after announcing 6,500 job cuts.

The layoffs come as Cisco’s sales have been relatively flat the past four quarters and some analysts doubted that they reflect a general weakening of the overall tech economy. However, others said the soured economic climate could have been a factor.

“We’re seeing slowing demand for IT equipment across the board,” said Brent Bracelin, an analyst with Pacific Crest Securities. Asked if it’s possible that Cisco might have to let more of its workers go, Bracelin said, “it depends on how much demand slows.”

“We are performing a focused set of limited restructurings that will collectively impact approximately 2 percent of our global employee population,” according to Cisco representative Kristin Carvell, noting that the company had 65,223 workers as of May when it reported its third-quarter earnings.

She added that the layoffs “are part of a continuous process of simplifying the company, as well as assessing the economic environment in certain parts of the world.”

Dan Walters: Prop. 32 will be a test for California voters

Warring factions will spend untold millions of dollars on political propaganda to sway California voters on Proposition 32 this year, and while each denounces the other as a pack of scoundrels, neither likes the media’s capsule description, “paycheck protection.”

Twice before, in 1998 and 2005, voters rejected measures that would restrict unions from collecting political funds via payroll deductions, so backers came up with a new wrinkle in 2012.

They expanded it into a ban on direct contributions to political candidates from both unions and corporations, while continuing to prohibit payroll deductions without specific permission from union members or corporate employees.

That means, its sponsors say, that it’s an evenhanded restriction on both labor and management, so the term “paycheck protection” no longer applies.

ut opponents contend that the corporate restrictions have loopholes so the real effect is still to curb union political power. And they prefer the term “special protections act.”

Whatever the term, it’s clearly part of a nationwide effort by conservative groups to hamstring union political influence. Several other states have adopted similar laws, and anecdotally, they appear to have sharply reduced the political money that unions, especially public employee unions, can collect.

The real issue for voters, therefore, is whether they believe unions have an unfair advantage in gathering money from payroll deductions to spend on friendly politicians, or whether restricting such fundraising would unfairly limit their ability to participate in politics.

Faced with a crippling combination of low revenues, high labor costs and decreasing funding from the state, El Monte is moving to declare a fiscal emergency and seek a tax on sugary beverages sold within the city.

The moves come as the city attempts to stave off the financial problems facing a number of cities across California. So far this summer, three cities — Stockton, San Bernardino and Mammoth Lakes — have moved to seek bankruptcy protection, and Compton officials announced the city could run out of cash in a matter of months.

El Monte officials said they are not at the edge of bankruptcy but need the sugary drinks tax revenue as a protection against insolvency down the road. In a sign of growing concern, Fitch downgraded portions of El Monte’s debt in May.

“People are looking for who’s the next one [to declare bankruptcy]. El Monte is not the next one … not today, not now,” Finance Director Julio Morales said. “What we’re doing is financial planning. We’re trying to take the right steps.”

The declaration of a fiscal emergency, which El Monte’s council members will consider at a meeting Tuesday, would allow the city to hold a special election this fall for the tax proposal, Morales said. If approved by voters, the tax would collect one cent per ounce of “sugar sweetened” drinks sold. It could generate as much as $7 million in total annual revenues, according to a city report.

The San Gabriel Valley suburb, which has a population of more than 113,000, was hit hard by the Great Recession. Car dealerships that had provided a steady stream of tax revenues struggled. Several folded.

The FlashReport and a few other sites, including middle-of-the-road Rough & Tumble (www.rtumble.com), offer an up-close view of California politics once available only from the mainstream media. Fleischman stands apart, though, because he both covers the establishment and works inside it as a former executive director of the California Republican Party and a consultant to myriad candidates and causes.

“I’m not only Jane Goodall, who’s looking at the monkeys, I actually am one of the monkeys,” Fleischman said in an interview at his Newport Beach office. “The monkeys will talk to another monkey before they will talk to a reporter.”

His insider’s niche enabled the FlashReport to be first on the story when, for instance, a clutch of GOP congressmen recently decided to leave office. It also helped Fleischman sniff out evidence that a Democrat who hoped to run for a Central Valley state Senate seat didn’t live in the district.

The California Chamber of Commerce announced its opposition today to two of Gov. Jerry Brown’s tax rivals but remained silent on the governor’s own plan, tacitly giving his proposal a boost as he tries to thin the field.

The Chamber’s board voted to oppose a tax on millionaires circulated by the California Federation of Teachers, as well as a progressive income tax hike on most earners backed by wealthy attorney Molly Munger. It did not take a vote on Brown’s initiative, according to Chamber president and CEO Allan Zaremberg.

“I can just say we wanted to take up those things we felt were urgent to position on, and we’re opposing these two tax measures along with a couple of other things members asked us to take a leadership role in,” Zaremberg said.

Brown has asked industry groups to at least remain neutral on his plan to raise taxes on sales and high-income earners, and he has tried to portray his plan as unique for its lack of business opposition. But CFT has shown little indication of vacating its measure and donated another $1.15 million toward its signature-gathering drive this month, according to a statement filed today.

Gov. Jerry Brown appealed Monday to chiefs of police for support of his November tax initiative, even as he conceded the ballot likely will be crowded with tax proposals.

Brown noted that his plan is the only one of the three proposals that would dedicate some of the revenue to local law enforcement.

His address to the California Police Chiefs Association came as Brown faces significant hurdles in his bid to persuade voters to approve his measure, which would raise the state sales tax by half a cent for four years and increase the income tax on those making more than $250,000 a year for five years.

The biggest challenge could come from competing proposals that seek similar ends but could confuse voters and end in defeat.

“We’ve got a plan. There will be other plans, but at the end of the day we’ve got to get the choice. And I think people will make the right choice if people who know speak out,” Brown said at an annual awards ceremony for community policing programs.

Bankruptcy not ruled out to solve Fresno’s financial crisis

Fresno Mayor Ashley Swearengin on Monday warned that the city is in “severe financial stress” that demands immediate action and presented a 10-year plan calling for more concessions from city workers.

But the presidents of the city’s two public-safety unions said they sense Swearengin is being overly dramatic for political reasons, and urged the public to get all the facts before choosing sides.

Fresno’s budget season has come early this year, and it’s already turning into a war.

At a morning City Hall news conference where she was joined by City Manager Mark Scott, Swearengin warned that “there is no Plan B” to the cost reductions, and Scott warned that even bankruptcy could not be ruled out if expenses don’t come down.

“It is not in our employees’ best interest for their employer to be so financially unstable,” Swearengin said. “I hope they will see that.”

The plan, which lays out the city’s financial health, projects a skyrocketing long-term deficit if cost-cutting measures are not taken. The deficit would be $15.1 million in 2013 and rise to $65.8 million by 2017. The causes for the red ink include the national economic downturn, unsuccessful city investments and “unaffordable future commitments to labor groups and others.”

Those less-than-stellar investments include Granite Park, the former Fresno Metropolitan Museum and an overly ambitious downtown baseball stadium. Each of them saddled the city with long-term debt.

Proposition 13, the landmark property tax limit voters enacted 34 years ago, has been termed the “third rail” of California politics – to touch it is to commit political suicide.

The measure passed overwhelmingly, and recent statewide polls indicate that it’s still very popular with voters, the vast majority of whom are homeowners who benefit from its provisions.

Jerry Brown, who was governor when Proposition 13 passed, is very aware of its iconic status. He opposed it then, but after its passage, quickly proclaimed himself to be a “born-again tax cutter” and championed a state income tax cut.

He lamented that as the state “stepped in with a bailout” of local governments and schools after Proposition 13’s passage, it became increasingly dependent on income taxes, which tend to rise and fall steeply, contributing to chronic budget deficits.

Brown’s remarks were just a tuneup for a fuller debate over taxes in the Capitol later Monday, keyed to efforts to change Proposition 13’s provisions that would keep its limits on homes, but allow taxes on business property to rise.